Magic, snow and anticipation are an integral part of the web of imagery around the festivities accompanying the marking of New Year’s Eve, an evening in which one always hopes that the year to come is endowed with the treasuries of happiness and in which the evils of misery become a relic of the past.

Not long ago I stumbled across a short story by Anton Chekhov titled “Shampanskoe” or
Champagne. In this story, we get acquainted with an outcast named Nikolai and his
superstitious wife. He tells us his story, once a respected person from a noble family who
graduated from high school, he got a position that in fact it is even difficult to call a position. 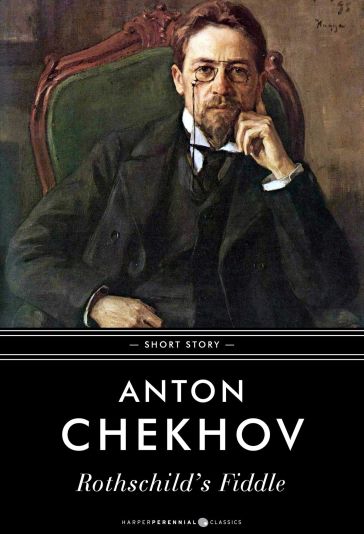 Nikolai became the head of the station. Polustanok, a lost and forgotten place in the vast deaf steppe of the southern hinterlands of Imperial Russia, on which there are no houses, no decent pubs, let alone women. Moreover, guests to such a wilderness cannot be lured. There’s only one woman around. A faithful and madly loving wife with many prejudices. But does Nikolai love her?

Alas, no. At every opportunity, he looks at the abstraction of other women who flash through the windows of the passing trains. The train symbolizes the passing of life, in which the abstraction is to be seen as embodying the limitations of earthly pleasures for weary Nikolai.

One day, when opening a bottle of prized champagne on New Year’s Eve, Nikolai
accidentally drops the bottle. However, the bottle does not break, but only the drink is poured out somewhere.

The wife is upset and notes that this is a very bad omen, thus a misery is to be foreseen. Then, on the same eve and after bickering with his wife, Nikolai leaves the house in thought that a worse life could not be foreseen as he has already lived it all, moreover he is stuck in this morbid and lonely place of earth.

He recollects life of times bygone, his dead parents, how he was kicked out of high school, how he wandered around without work and friends. Furthermore, he doesn’t love his wife. After contemplation Nikolai returns home, he finds his wife cheerful — a kind aunt Natalia Petrovna has come to visit them for three days. The aunt didn’t know she had such a big nephew as Nikolai. At dinner, the aunt and nephew have a good drink.

For the moment Nikolai forgets his sorrows and thinks that nothing worse could happen to him. At the end, the short story is brought to a sudden ‘Chekhovian end’. The story does not conclude. For, Anton Pavlovich, as always, allows the reader to imagine an ending on their own. Evidently, New Year’s Eve makes a very interesting change in the life of Nikolai.

Moreover, the author only hints about these changes, allowing the flight of our imagination to come up with further developments. For we at least can assert that New Year is always a magical time of yearning, expectations, and in which a window of hope can appear from the depth of a boundless and lonely steppe.

Khalifa Al-Kuwari, is a student of Masters in Russian and Eastern European Literature and Culture at UCL (University College London). He have studied in Russia for some time and enjoys reading, writing and translating works drawn from Russian literature, culture and society.

iThere are no comments